Patience is a Virtue: The CIO Interview with Greg Fell, Terex

The CIO Interview with Greg Fell of Terex, by Martha Heller. ERP Success. 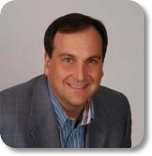 What is the most valuable project, program or innovation that your IT organization has delivered in the last year?

That would have to be the implementation of a global single instance ERP. Five or six years ago, Terex was a holding company with very little shared between the individual businesses. This ERP now allows us to put the company together in different ways. Before, we were buying tens of millions of dollars’ worth of the same thing from multiple companies, and we were all over the map on our costs. Getting all that information together in one place enables us to leverage our cost basis. We can now better understand our costs and opportunities.

In my experience, the most critical success factor for an ERP is executive engagement at a detailed level. There have been plenty of books that have talked about this, but it is worth repeating. With our ERP, we put in a robust governance process so that everybody knew what was expected, what needed to be done, and where the roadblocks were. When we started this project, we had weekly meetings for two hours with our CFO, our COO, the presidents and the head of HR.

During those meetings, we discussed what had to be done in terms of converting data, starting training classes, and all of the rest of it. When we did run into problems – and we ran into some real problems – we would say to the governance group, “This business unit won’t meet its deadline because they don’t have enough engineers to do the conversion.” And we would all agree, “Fine, this one business going to be three months late because we need to wait until we can free up some resources.”

Everybody was part of the solution because we used a weekly lens to look at our progress as opposed to a quarterly lens.

What is one key lesson you learned learning from that experience that you are applying today?

We learned to put the milestones in place for what we needed from the businesses before we put ‘boots on the ground.’ When we first started on this project, everyone wanted to get going. “Send ten consultants out there! They’ll be at the site on Tuesday and we’re going to start on this project!” We now realize that there is a tremendous amount of prework necessary on the business side. Business leaders need to clean up their data and their bills of material. They need to understand their processes and flow charting and how the new processes are going to fit with the old. We learned to send in a very small team to make sure the work is happening in the business and to help them think through what they need to do. We no longer send an army of people in day one.

Is there a leadership book that has had an impact on you as a leader?

The one book that comes to mind is Good to Great by Jim Collins. I quote that book all the time to my organization, especially as it relates to the idea of being a servant leader. It is important that the people who work for me are serving the people who work for them. I’ve had people on my team who thought that they were bigger than their organization, and while they were smart people, they weren’t successful because of they did not see their job as supporting and serving the people under them. I spend a tremendous amount of my time coaching and guiding my people at all levels in my organization. I just had an IT summit where I brought in the level below my leadership team to talk with them about their career path here.

During candidate interviews for your leadership positions, how do you test for cultural fit?

I ask them how they manage their people, and I ask them for real world examples. I try to get very quickly at whether their management approach focuses on the people or on projects. I also have my team take the Myers Briggs test just so that I can understand how they see the world. When you’re thinking about cultural fit, you have to understand your new leader’s world view how that fits with everyone else on the team.

Is there some career advice you had received that you would pass onto others?

My background is as a very deep technologist; early on in my career I did not have much experience with business relationship management I was a technical specialist programmer writing CAD software that nobody else could write, and I prided myself on my deep technical expertise. One of my managers said, “We think you have senior leadership potential,” but I didn’t see that in myself, and I wasn’t interested. I was interested in the technical work. I told them, “Management is not interesting to me. It’s the technical work that gets me excited to come to work every day.”

The advice I received is that if I took roles that built my management acumen, I would be able to both: the leadership and the technical work. If you’re the CIO, nobody is going to stop you from going home (as I do now) and plugging in a new PC version of Solaris to see how it stacks up against Linux. The advice was that just because I see myself as a technologist today, that doesn’t mean I won’t change my mind tomorrow.

I actually changed jobs because of that advice. I moved from a very technical job to be the chief of staff for a senior executive. That job changed my thinking early enough in my career I was able to become a CIO in my early 40s.

What technology innovation or business trend are you personally most excited about?

That would have to be the new Windows 8 tablet device, which I’ve been a beta tester for the last three months. I was in line at the store the day the iPads first came out and I had an iPad in my hands by 9:04 that morning, but ever since I started testing the new Windows 8 tablet, I haven’t turned on my iPad. I go to CIO conferences and show people that I’ve got the preview version and they are amazed by the new device.

What’s interesting about the technology is that it is not just a tablet. It actually replaces my desktop, so now it’s my desktop and my tablet. I take it with me when I travel and I plug it into the docking station: it’s a full PC that runs all my Windows applications, Excel, Word and PowerPoint. It’s a PC.

If you hadn’t become a CIO, what would you have done?

That’s an easy question. I would have been a doctor. I was pre-med and spent eight years doing autopsies. In fact, I was working at a hospital and wrote some medical billing software because IT was a hobby of mine. I was planning on being a doctor, but the billing software I wrote started selling at $8000 a copy. I said, “Maybe there’s something to this IT thing.”

About Greg Fell and Terex Corporation

Greg Fell was appointed Vice President and Chief Information Officer of Terex Corporation in 2006. He has transformed the IT landscape of Terex from individual site systems to a true global IT Strategy. To increase employee retention and net promoter scores, Mr. Fell developed an IT career path and development guide, which became the model for the other functional areas.

Greg is the current President of the Fairfield Westchester Society of Information Managers (SIM), and he is currently preparing a book entitled “Decoding the IT Value Problem” that should be available in bookstores in the spring of 2013 (Wiley). He is a graduate of Michigan State University,

Martha Heller is CEO of Heller Search Associates and author of Be the Business: CIOs in the New Era of IT, and The CIO Paradox: Battling the Contradictions of IT Leadership.

Does Moving to a Vendor Make Sense for Your Career?