How I Landed My CIO Job : Our interview with Diane Schwarz, who joined Hunt Consolidated as SVP, Chief Digital and Information Officer in 2018

Heller Search: Please summarize your career leading up to your current position at Hunt Consolidated.

Diane Schwarz: I spent the first 10 years of my career in what we now call shadow IT. I led a number of projects implementing ERP systems. One of my mentors said to me, “In your next role, you need to go to the dark side,” and I am now very thankful for that advice. 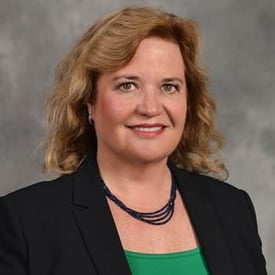 It was eye opening to have to run a data center, Exchange servers, manage backups and telephones. These are the things that I didn’t have appreciation for before I was officially working in IT.

I have spent my career between companies of varying size - small, mid-size and large. And I moved around in industries, but I would say that manufacturing was usually a foundation at most of the businesses I have worked for.

For five years before joining Hunt Consolidated, I was VP & CIO at Textron, which is a Fortune 200 multinational enterprise. It was a great role for me, very rewarding. The business unit CIOs reported to me in addition to enterprise IT shared services. I loved impacting the business and people’s careers.

Why did you start thinking about seeking another role?

There are some of us who have the itch to do something new every few years. I felt it was time have an impact in a different enterprise.

I fought my initial internal need for change, knowing I should stay in the role for four to five years. The first year in any position is about figuring out what to do; the second year you’re doing it; the third year you spend fixing everything you screwed up the first two years; but in the fourth and fifth years you can take what you have done further into the business to have even more impact. So, I focused inward and on the business for a few more years, and I often advise others to do the same.

What were you looking for in your next job?

At first I thought that I wanted to increase my span and seek opportunities higher up the global 100 chain. Then I listened to key people in my life – my mentors and sponsors, and my spouse. Having those conversations, I realized that that size and scale wasn’t as important as the fit with people I was going to do business with every day. One mentor’s advice was to make decisions based on who you want to work with. So cultural fit emerged as a more important criteria than the industry or the size of the organization.

How did you hear about the CIO opportunity at Hunt Consolidated?

Through general networking in the Dallas CIO community, where our connections are very strong. A colleague mentioned the opportunity. While I wasn’t initially interested in the role, I asked for an introduction to the recruiter to broaden my network. Great recruiters are like matchmakers – with the ability to spot cultural fits, and the team asked me to interview for the role. I always advise my mentees to explore every door you find because you never know where it will lead. I decided to take my own advice.

I have a strong work history with public companies and just assumed I would leverage that strength in my next position.

There was just an amazing fit with the leadership team. I was inspired by the Hunt family, their core values, and the breadth of their businesses.

What was Hunt Consolidated looking for in their new CIO?

As a family owned and run operation, culture is very important. They really wanted someone who was going to fit in, move the business along, but not disrupt it in a way that is inconsistent with how they operate.

Was CDO in the job title originally?

No. When I first interviewed, the title was just CIO. As I went through the process and listened to what they were seeking, I suggested the change. The digital aspect of what they wanted was just as important as the IT elements.
The updated job title, Chief Digital and Information Officer, sends a very intentional message to the business that this role is different from before. The digital endorsement from the CEO really allows me to traverse all aspects of the business.

How did you prepare for job interviews?

I put a significant amount of prep work into each interview. I sought out connections who know the company, such as consultants or software providers. It is easy to do an online search to discover what major projects are being done at a company, and then use your network to find people who may have been involved. I read 10ks and listened to analyst calls for the public companies. I generally spent 20 hours of prep time for each enterprise I interviewed with. Preparing for the Hunt interview was a bit more difficult because, as a private company, there is very little information available in the public domain.

Was there anything particularly memorable about the interview process at Hunt?

I always send follow up notes after interviews, which usually seem to fall into a black hole; and no one replies. But everyone I met at Hunt responded, and not just in a perfunctory way. Some leaders even followed up again weeks later to check in on me. No one was told to do this, it is just an indication of how the leadership team operates here.
It is hard to describe a culture, but when you see consistent behaviors you also like to model, it really grabs your attention. Sometimes the minor details speak volumes about an organization.

On the other end of the spectrum was a company who couldn’t get my interview travel expenses reimbursed for many months. Apparently, an EVP needed to personally approve it. Really? For a few hundred dollars? To me that was a micromanagement “tell” and a preview of how hard it might be to get things done.

How did you prepare to start your new role?

I am a big fan of the book, Your First 100 Days in a New Executive Job, by Robert Hargrove. It is a great little cookbook that tells you how to prepare before you start, getting your head in the right mind set, and organizing yourself. I love the simplicity of it.

Basically, Hargrove recommends that during the first 30 days, you focus on your stakeholders, including customers, and learning the business. The second 30 days is about your team; the third is about your ecosystem, especially your suppliers or vendors. And communicate, communicate, communicate! What are you going to do? What have you accomplished so far? Share the quick wins. It isn’t rocket science, but it is a great framework.

The other thing I did - and I have to thank my new boss for this – was take time off between jobs. I was eager to get started, but he said “No, take a vacation. Don’t rush this. You are going to be running hard and fast when you start, so take a break.” He was right.

How do you get the most out of early stakeholder sessions?

I am very intentional about how I engage with stakeholders. That means going into their world, meeting them in their office or spending time with them where they go. For example, I put on my steel-toe boots and went into the oilfield for some stakeholder meetings. It sends the signal that I am interested in them, which may get lost if they have to come to me in my office.

Did you find that anything that was ‘on fire’ or in need of immediate attention?

The team was in the middle of an Office365 implementation, something that I had recent experience with. The project wasn’t in a ditch, but there were certain aspects with architecture and communications that I wanted the team to consider. I became more engaged with those details than I ordinarily would, but I had subject matter expertise to offer.

What else have you been working on?

We have been modernizing our technology in several areas, focusing especially on delivering functionality to the business, the user experience, and investing in infrastructure and architecture. Enabling seamless collaboration across our breadth of businesses is important to achieving our business objectives.

What does "digital transformation" mean at Hunt Consolidated?

I stay away from that phrase because it is overused. It puts digital first, when it needs to be about business - how we need to transform the business.

In this market, how do you attract and retain top IT talent?

This company has a great reputation in our community, and we are true to our core values. So when the right person connects with our culture, we know that person belongs here and they recognize it too.

Tell me about your non-profit board work.

I believe in the saying, “To whom much has been given, much is expected.” I have so much to be thankful for and it is part of who I am to be able to give back. Since 2016 I have been on the board of NPower, whose mission is to create pathways to economic prosperity by launching digital careers for military veterans and young adults from underserved communities.

For me, this was a great fit for the investment of my personal time. Not only am I helping people, but I am contributing to the technology industry. And this work enriches my own professional network considerably. I am on both the national board and the regional board locally. We have our own micro-community of amazing professionals we can tap when we need each other, even on topics beyond what the organization is about. That is priceless.

What advice do you have for an IT executive thinking about entering the job market?

Create a plan, manage to that plan, and network, network, network! Job opportunities do not happen by chance. The number of good available positions declines as you move up the ladder, so you absolutely cannot leave this to chance.

Diane Schwarz is Senior Vice President and Chief Digital and Information Officer for Hunt Consolidated, Inc. She is a senior IT executive with more than 20 years of experience in building and leading best-in-class IT teams. She previously served as CIO and vice president of Textron, Inc. Schwarz holds a bachelor of science in mechanical engineering from the University of Notre Dame and an MBA from the University of Chicago Booth School of Business. She is a board member of NPower, a non-profit organization. 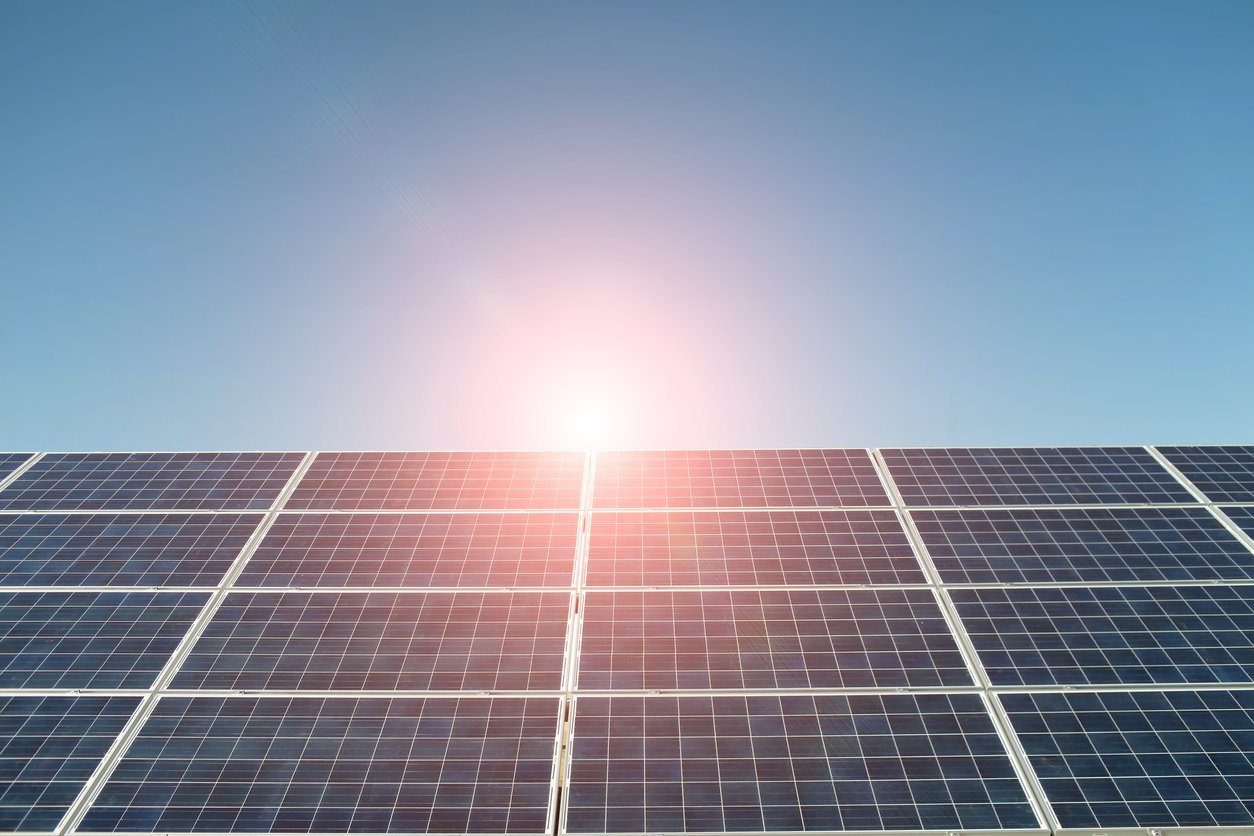