IT leaders understand better than most that collaboration is critical. Not only are we expected to work with our colleagues to tackle the difficult issues confronting our organizations, we must also provide the tools that support effective collaboration. Unfortunately, too much of the focus is on the tools rather than on creating collaborative cultures.

In reality, cooperation can be one of the greatest obstacles to collaboration. For collaboration to occur, there needs to be conflict. Great collaboration can get heated. To an outsider, it sometimes resembles hostility or anger, but when we look more closely it is neither.

In his book The Open Organization, Red Hat CEO Jim Whitehurst describes this well. He tells the story of his wife overhearing what she believed to be a fight between Whitehurst and another Red Hat executive, when in fact she had heard a collaborative, certainly heated but productive and overall positive conversation. Fiery discussions and passionate debates are essential elements in Red Hat’s collaborative culture. The creativity that defines Red Hat’s success isn’t a function of getting along. As Whitehurst writes, it is a result of “letting the sparks fly.”

Capital One’s revolutionary approach to banking was a product of its collaborative culture. During my ten years there as an IT executive, I learned that a good idea was worthless unless it had been tested in the fire of critical analysis. We believed that one person’s good idea was rarely good enough. By challenging an idea (really poking and picking at it), it either fell apart or became stronger. At times these challenges could feel personal, but they rarely were. They were spirited debates aimed at creating something better.

Collaborative conflict isn’t about being mean or combative. It is about seeking the truth and getting others to do likewise. Every IT leader knows that the pace of change is accelerating. Whether the changing demands are organizational, technical, regulatory, or market-driven, staying ahead of the curve is increasingly difficult. The only way we can stay ahead is to leverage every asset we have. We must get people to come together to tackle these challenges with passion. We must seek opinions and perspectives that diverge from our own. We must welcome and nurture conflicting ideas even when we believe our idea is right.

So how do we do that? How do we create a culture that embraces conflict when we live in a society that expects everyone to get along? It starts with five concepts:

We all know that collaboration is an essential part of achieving our best. We also know that it is easy to talk about but hard to do. By recognizing and embracing the inherent conflict that real collaboration creates, we can avoid the mistake of confusing cooperation and collaboration. While the process of collaborating can be uncomfortable and challenging, the results are well worth the investment. 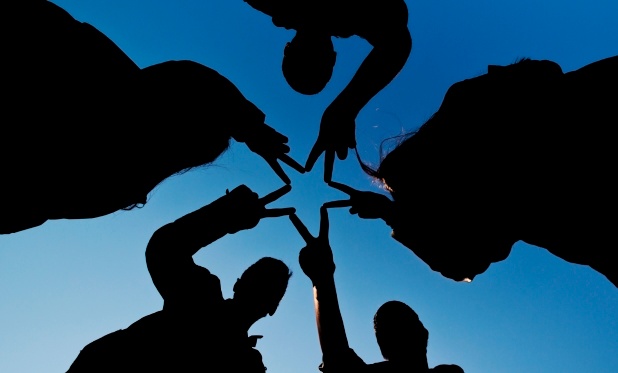 Doug Moran is the president of If You Will Lead, LLC and co-founder of The CoHero Institute for Collaborative Leadership. Doug is a former Divisional CIO for Capital One Financial Services, and author of the book If You Will Lead: Enduring Wisdom for 21st-Century Leaders.