How I Made the Leap From CIO to COO

Greg Fell, COO of Gama Aviation, spent the first 23 years of his career in IT, including 7 years as CIO. Here is how he orchestrated the transition.

If you’re a CIO aspiring to become a COO, I can't think of a better time to begin that journey. The answer to almost every question about how to improve the business includes technology.

I have spent most of my career in IT, starting at Ford Motor Company and working my way up the management ranks on both the engineering and manufacturing sides. Becoming the CIO of Terex, which makes big, high-end machines, like cranes and excavators, was a logical progression, and I was excited to take on that role in 2006.

But after several years there, as I thought about what would come next, becoming the CIO at a larger company didn’t appeal to me. I wanted to grow into a pure business role.

But how to begin? I needed more business knowledge, skills and experience. Developing relationships with recruiters and networking with executives who held a variety of business roles helped me figure out what I had to learn. These conversations also led to the job opportunities that kept me on the path to my current COO role.

CIOs are great project managers and experienced negotiators. Through “CIO-plus” roles, we have a lot of options for gaining operations-focused business experience.

At Terex, I led lean manufacturing initiatives and took on several enterprise project management roles. I also stepped forward to lead projects that CIOs aren’t expected to take on. For example, when Terex needed someone to lead the corporate giving and community relations strategy, I raised my hand—and gained the experience of defining an enterprise strategy and communicating it to 25,000 employees.

But leading enterprise initiatives from the CIO perch wasn’t going to be enough. I had to build my resume further with positions outside of IT. I started by raising my profile: I wrote a business book, Decoding the IT Value Problem, and I presented my ideas to non-IT executives. I became a leader in Society for Information Management (SIM) and got to know a lot of recruiters. When they called to offer me CIO opportunities, I let them know what I was really interested in doing next.

Getting Outside of IT

After seven years at Terex, I got the chance to transition out of being a CIO, becoming the chief strategy officer at Crisply, a big data company. Because Crisply was a technology company, the surroundings were familiar, but my role was figuring out how they would go to market.

When Crisply was acquired, I went to work with venture capitalists, evaluating early stage companies and advising them how to be successful. At one of those companies, I took an interim CEO role.

During this time, I also sought a board position in order to gain fiduciary experience. Through one of the recruiters I knew, I landed a seat on the board of Kitchen Brains, a technology vendor in the food industry that needed guidance as it transitioned its applications for the Internet of Things. I chaired the strategy and audit committees.

These varied C-level responsibilities gave me credibility for bigger roles, leading to my current COO position at Gama Aviation. I’m running business operations  for the largest private jet charter airline in the United States. We have more airplanes than some major commercial airlines and fly nearly 200 flights a day.

If you look at my career path, it all seems very deliberate, but I can’t discount luck. It’s true that I mapped out what I needed to learn for the types of positions I was interested in. But each job was opportunistic—the result of being in the right place at the right time, and recognizing the advantages the opportunity would provide.

My COO job came out of the blue. The recruiter who recommended me to interview for the role at Gama Aviation had placed me on the board of Kitchen Brains. She knew me personally, knew my work, and was willing to take a chance on me, even though I had no experience in the aviation industry.

One bit of my background that helped me get the job: at Terex, I’d led our emergency response program—critical for any airline. Before I began the interview process, I researched Gama to learn its major business risks and opportunities. I was able to demonstrate to the interview committee how I could add value in these areas.

Being a COO naturally requires that you look at the business holistically. Some of the leadership skills I developed as a CIO certainly apply. Where I once had to balance the competing demands on IT from department and functional leaders, I now have to balance all of their investment needs.

But a CIO is inherently focused on using technology to move the company forward. As COO, I have to weigh the value of many levers. I need to be self-aware so that I don’t let my knowledge of technology bias me toward thinking technology is the solution to every challenge.

Furthermore, in my new role, building relationships has a different flavor. A CIO is a service provider, focused on customer service and innovation. A COO is a connector, making sure the right hand and left hand are coordinated. In building relationships, I’m conscious of that difference; I strive to communicate why we are taking a particular course of action so that everyone stays on the same page.

Everyone thinks the CEO or COO pulls all the strings. But the truth that CEOs and COOs are conductors, not puppeteers. There are limits to the control that we have over many aspects of the daily running of a company.

Conductors define the timing and cadence for the performance, they select the music, and they decide what sounds right and what doesn't. They wave their batons, but the music happens only if all the musicians agree to follow the conductor’s direction. Similarly, the results that CEOs and COOs create are driven by their ability to influence their team—another skill that good CIOs possess that will help them in a COO role.

When I was a CIO, I was playing an instrument. I’m now a conductor, and I’m enjoying the sound of the music from the podium. 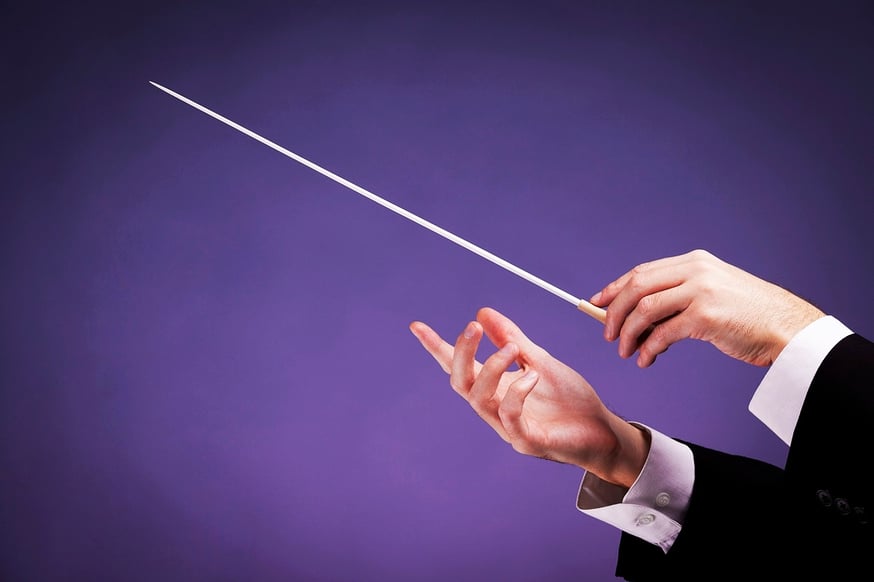 Greg Fell is the COO of Gama Aviation LLC. Prior to joining Gama Aviation, Fell served as a General Partner in The Investors Collaborative, a Boston-based venture capital group. Previously he was chief strategy officer at Crisply, a big data company, and for seven years he was global CIO at Terex, an industrial manufacturer. He is the author of Decoding the IT Value Problem

Topics: IT and business alignment, corporate boards, Leadership Development, IT jobs and careers, CIO Role, How I Landed My CIO Job