How to Make Your IT Reorg a Non-Event

For IDEXX CIO Ken Grady, a new org chart was not the starting point for the IT reorg, but the end product of a culture he and his team built.

An org chart can bring clarity to how decisions are made, how teams should operate, and where to go to engage. But if the org chart doesn’t match the reality of how work happens in your company, it can become irrelevant—or worse, a hindrance. And rolling out an ‘aspirational’ org chart before the team is ready for it can become a change nightmare.

I had been in the role of CIO at my current company for over two years before I made any real changes to the organizational structure. Those changes were all positively received, but I wasn’t surprised when one of my team members asked, “If things have been going so well, why are we making changes? And why did you wait two years to do so?”

The fact is that ‘change’ had been happening for well over a year and a half, albeit through informal shifts and organic evolution. The formal reorg was essentially the final piece of the puzzle. Both the delay in taking formal action and the timing of eventual changes were deliberate decisions.

The official changes were  announced at the start of 2017. We rolled out a series of higher order structural changes to reporting relationships and the structure of IT: consolidation of the global SAP team to a single, distributed organization; creation of Commercial IT and Reference Laboratory (a major line of business for our company) Centers of Excellence; and a rebrand and refocus of our Infrastructure team into an Operations & Architecture organization.

These changes were a natural extension of the company’s increasingly global nature. Opportunities abounded for the company to align business processes, technology investments, and ultimately the customer experience. IT has been organized around technology platforms and IT disciplines like ‘Infrastructure’ and ‘Application Development’ for several years, with growth in IT spend tracking at a slightly higher rate than revenue growth. To put that in perspective, the employee population has grown by 75% and revenue has grown by 100% during that period. By almost any standard, these have been successful years.

Focus on connections, not reporting lines

When I joined the company in 2014, I spent the first few weeks observing and getting to know the organization. Within the first six months, I launched a series of culture shaping workshops for the extended management team to help IT overcome its insular tendencies, and build relationships with our lines of business. We called it ‘Breaking the Frame,’ with the notion that we needed to reset our frame of reference to be nimbler and more inclusive.

We established goals that included hiring more talent outside of our HQ facility and embedding our team within the functional areas and geographies of our company. We extended our commitment to Agile ways of working by promoting scrum master roles, identifying Product Owners for key applications, and developing an iterative Portfolio Management process that refreshed more often than the annual budget cycle.

We developed a set of guiding principles for IT that included statements like “we are cloud first” and “we develop solutions for the enterprise, not for HQ.” These were more than empty statements; they were essential to changing the mindset and reinforcing how we make decisions, and have become part of the evaluation criteria for new technology investments.

We also began thinking about how to embed DevOps as a function, and talked about ‘tribes’ of expertise that crossed the existing organizational lines. We still hadn’t made changes to reporting relationships, but we began to see new meetings and groups of interest forming. The business analysts and systems analysts asked if they could self-initiate a company-wide Analyst community to talk about skills, career paths, and experience sharing. The data scientists and analysts created a forum and a cadence to discuss tools, governance, and machine learning strategies and application.

Like the story about waiting to see where people created paths naturally before deciding where to pave the sidewalks, the organizational changes to reinforce the tribes that the team had created became almost a non-event. When we announced the new organizational model, in almost every case the reaction from both the global IT team and our partners in other functions was generally a nod and comments to the effect of “that makes sense.” And then we went back to business as usual.

As to the question, “Why did you wait so long?”—my answer was simple.

I didn’t wait. I focused on what we needed to change: how we operate; how we support one another; how we enable talent; and how we create a team. Our org chart is the end product of the culture we want, and that we have built. It is not a target. 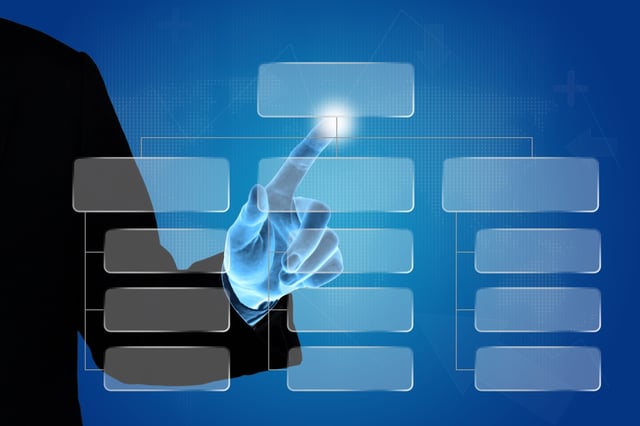 Ken Grady is Vice President and Global CIO for IDEXX Laboratories, a global leader in diagnostics and technology solutions for animal health, and water and milk quality. Prior to joining IDEXX, Grady served as CIO for New England Biolabs.