Award-winning CIO and executive coach Larry Bonfante shares an excerpt about resistance to change, from his new book, Reflections of an Executive Coach.

After my wife Denise and I were married in September 1983, our first home was a four-room apartment in Glendale, Queens, New York. Every day I would take mass transit from home, a 90-minute commute by bus and subway into midtown Manhattan. For those of you who haven’t commuted in New York using public transportation, I highly recommend it. It’s such a fun experience!

Every morning I’d be at the same bus stop, which took me to the same subway platform at the same time. Inevitably I’d run into the same cast of characters (and in New York, we certainly have our share of characters!). As a reasonably friendly person I would say good morning or hello, and after a while I started to get to know people and strike up the occasional conversation.

One person I met during this part of my life was a gentleman by the name of Vinnie, a very nice man with a lovely wife and two young boys. He worked for a very large regional bank in New York. Every morning Vinnie would regale me with stories of how miserable he was working at this bank.

Like many people, I am a fixer by nature. If you tell me a problem, I’m going to try to help you fix it. After listening to Vinnie’s misery about his job for a few weeks I said to him, “Vinnie, I’m pretty good at putting together resumes. Why don’t you and I grab a beer Thursday night and I’ll help you update your resume.” Vinnie’s immediate reaction was, “Thanks Larry, but that’s OK”.

A few more weeks passed with Vinnie complaining about his job, so I said to him, “I know some folks in the executive search business. Why don’t I introduce you to some of them? Perhaps they can find you a better opportunity”. Once again, his response was “thanks but no thanks!”

Later, I came to realize that even though Vinnie was genuinely miserable and hated his job, he was comfortable in his own misery! I refer to this syndrome as “I know the circus, I know the clowns”.

I am sure that many CIOs and other IT executives fully realize that they are in a sub-optimal situation that will at some point bite them in the posterior. However, they have grown comfortable in this scenario. They can find a thousand ways to rationalize it: “I haven’t gotten fired so far.” “The next boss might even be worse.” “I’m so busy at home.” “I know how to navigate the terrain.” And on and on.

The bottom line is that no matter how miserable someone is, the fear of change paralyzes them from making a different choice.

Why? Because change is hard!

Most people hate change. In my executive coaching workshops, I joke that the only people who enjoy change are babies, and by time you change them something messy has already happened! As humans, we view change through the lens of fear. Am I good enough? Will I be found ought for the fraud that I think I am? Are the new people going to like me? Can I still learn to play a new game by new rules? 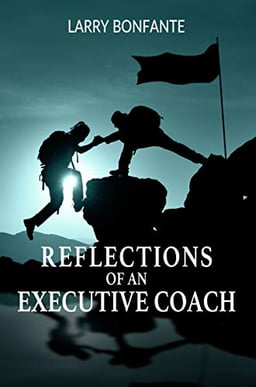 When working with clients, I often counsel them to think about change like the tides in the ocean. There are three ways you can react to change. You can fight it – that is the equivalent of trying to swim against the tide at the beach. The best-case scenario is you get knocked over, and in the worst case, you drown!

The second way you can react to change is to grudgingly accept it. That’s like trying to stand in place as wave after wave crashes over you – not a whole lot of fun!

The third thing you can do is accept change and embrace it. Since it is going to happen whether you like it or not, why not just go with it and see where it takes you? This is like riding the waves at the beach which will propel you in a new but more positive direction.

There are a million reasons (or excuses) why we avoid change. Human beings value the status quo. Breaking through inertia is the hardest part of anything new, but we can never grow and succeed without being willing to risk change. Like the tides and currents of the ocean, change is inevitable. The attitude we take towards change goes a long way in determining our ability to grow, evolve and succeed.

I am curious: at this particular time of global pandemic and economic uncertainty, how are you handling change personally? And as an IT leader, how are you helping team members who may be struggling to deal with all the change being thrown their way? Please share your thoughts and comments below!

Larry Bonfante is an award winning CIO with more than 35 years of industry experience. He is the founder of CIO Bench Coach, an executive coaching and consulting practice serving IT executives at some of the most successful companies in the world. His most recent book is Reflections of an Executive Coach.

CIO Coach on the Top Seven Leadership Skills to Master