In his latest guest blog, Steffen Heilmann, SVP of IT at MYTOYS GROUP, shares how OKR is helping the IT leadership team increase speed and throughput.

The OKR management framework, which stands for “objectives and key results,” has become very popular lately. Originally developed at Intel, it has been used by many start-ups and technology companies, including Uber, Google, LinkedIn, Twitter, and Zynga.

MYTOYS GROUP, where I am responsible for the whole of IT, including about 150 people across five departments and two locations, is certainly not a start-up anymore. It was founded 18 years ago, during the first internet boom, and is one of the leading multi-channel providers for toys and child-related products in the German-speaking countries, with over €550 million ($646 million) in sales.

We are currently in the middle of a digital transformation, which I wrote about in a previous article on hellersearch.com.

At the beginning of this year, my department heads and I were looking for a way to improve our focus as a leadership group. Our ultimate goal was to increase the speed-of-change within the organization, and realize tangible benefits sooner. We decided to use OKR as a tool for this alignment.

To ensure that we had the same understanding of this tool, and that we were all using the same language, we read the wonderful book Radical Focus: Achieving Your Most Important Goals with Objectives and Key Results, by Christina Wodtke.

Here are advice and observations I can offer to other CIOs who are considering using the OKR framework to increase the focus of their leadership team, and the speed-of-value delivered by technology investments.

Use OKR to enable a discussion about goals

Our goal for introducing OKR was to focus the attention of the IT leadership team. However, in order to be effective, we also needed to discuss and communicate these goals with our stakeholders. IT would need support from the business, mostly in the form of capacity, while teams implemented these IT process changes, so they needed to understand a little about OKR.

One of the most frequently asked questions by the business was about the impact that OKR would have on current projects and products under development. We explained that the goal of OKR was to quickly improve the processes and guidelines within IT, and not the applications and solutions that IT was developing. We clarified that OKR was helping the IT leadership team to work on the IT function, and not in the IT function.

One example of an initiative we put in place to increase our speed-of-change abilities was a new “zero bug” policy. We had a large backlog of bugs, and we believed that fixing them more quickly would improve system stability.

First, we first established a dashboard that gave us an overview of the bugs by age, and we set a goal of reducing the number of open bugs older than a given threshold. Using the dashboard, we could discuss ways to reduce the open bug backlog and decide next steps with both the development teams and with the product owners. They own the team backlog, and they are part of the business and not IT.

Our effort was very successful. Our logistics development team was one of the first teams to reduce the bug backlog to zero, which freed up additional capacity for the business to implement new features. In turn, we could use the best practices from this team and their results in discussions with other teams and product owners.

The OKR approach enabled us to effectively discuss our goals with other stakeholders in the organization and provide regular updates on our progress. And, it gave us a reliable metrics to demonstrate exactly how resources spent on improving IT processes would positively benefit the business as well.

Work on (not in) IT processes

One of the key components of our digital transformation is self-contained and independent teams. The main goals of the leadership team include enabling the teams to become more independent, thereby increasing throughput of the IT organization to enable work on several things in parallel.

One pitfall for the leadership team was trying to solve concrete operational problems directly instead of enabling the teams to solve the problems themselves. This may be because OKR is very action focused. During a review, we realized that we needed to focus more on working “on” the system instead of working “in” the system. We define working on the system as thinking about roles, processes and guidelines. This would also include coaching teams to find better solutions, and enabling them to understand and solve problems for themselves.

The advantage of this approach is that the organization improves itself over time. The disadvantage, however, is that it often takes longer and requires more effort. During the second quarter of our OKR implementation we were unclear whether we would achieve the results targets we had set ourselves. The issue was conducting reviews to identify and address operational issues. We had the choice to either contact the teams with the open issues directly and ask them to do the review, or we could try to understand why the teams were not conducting the reviews, and adapt the underlying processes accordingly.

We decided on the second approach, fixing the underlying processes, although this meant that we would probably miss our goal. However, we agreed that the long-term improvement to the processes was more important than meeting a short-term goal. In this way, we adhered to our decision to work on the system rather than in the system.

In summary, our implementation of OKR has helped us to define the areas of improvement for the IT organization. Additionally, it helped us to review our progress towards our goals on a regular schedule, and ensure that we were focusing on improvements in the underlying processes instead of fixing short-term operational topics. We are still in the early stages of the OKR implementation at MYTOYS GROUP, but we already have seen the positive impacts of applying this framework. 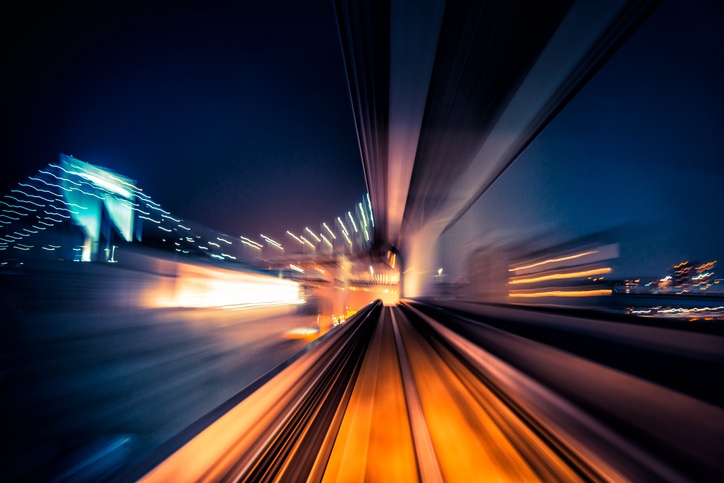 Steffen Heilmann is CTO of Aroundhome, Germany's largest broker for products and services around the house. Previously, Heilmann was SVP of IT at MYTOYS GROUP, a leading family retailer in Europe. Earlier, he held leadership positions at Allianz and The Boston Consulting Group. He earned a Master’s degree in computer science from the Karlsruhe Institute of Technology, Karlsruhe, Germany, and an MBA from European School of Management and Technology, Berlin.

The Hypocrisy of IT Project Demand Management

Be Ready to Answer This Most Important Job Interview Question