My CIO Career: With Steve LeMoine of Welch's

With the goal of one day becoming a CIO, Steve LeMoine took a pay cut for a job that provided the global leadership experience he would need to compete. It worked.

Steve Rovniak: Tell me about your current role and organization.

Steve LeMoine: I am the CIO at Welch's based out of Concord, Massachusetts. I've been here for about one year. Welch's is a 150-year-old company, and it has primarily been a grape-based manufacturing company for all those years. 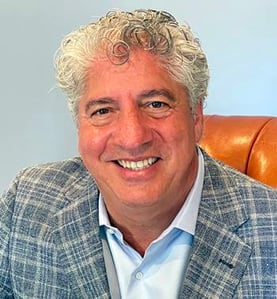 Trevor Bynum, our CEO, has been here for four years. He began the transformation process and built capabilities which resulted in a dramatic improvement in company results. Our sights are now set on transforming into a leading fruit-based food and beverage company.

How is your CIO role defined at Welch's?

During the CIO interview process, Trevor and I had conversations about my transformation experience and we concluded that I could best help in two roles. The first role was modernizing our IT capabilities through ERP modernization and digital expansion, which were required to enable our business strategy. The second role is as a member of the Executive Leadership Team, helping develop and lead strategies to transform the company through innovation and M&A activities.

Can you expand on the second role, transformation leadership?

There are several pieces to that. For example, our ERP is 20 years old and lacks the functionality to support our growth. We know a new ERP solution is a long term investment, so we need to understand and predict, to the best of our ability, what our future state business model looks like. Welch’s has a three-year strategic growth plan and an annual operating planning process, which give us a view three to four years out. But where do we think we will be in the next ten to fifteen years? Digital modernization will force us to understand what we need in the near term but also where we want to be in 10 to 15 years.

It's also about thinking out of the box. Today we're not a services company, but who knows? There are many CPG (consumer packaged goods) companies that are becoming services companies, and that business model is very different. So my role includes being the catalyst or the orchestrator of conversations around what the future will, or can, be. But I am not the answer person – just a facilitator, so that we can put in place the foundational business capabilities and technical architecture. I think of it as driving a future-state business model conversation.

As you become more transformative, you move away from silos and start to think more horizontally about end-to-end processes. So part of my role, working with my peers, is to play collaborator – what I sometimes call “cat herder” – across multiple functions and geographies to bring enterprise systems thinking, and cross-functional leadership.

We've started to use the word “ripples” in our discussions. For example, when we make a change in the supply chain, or a change in commercial sales, or a change in IT, we ask, “What impact will this have on other departments or processes? When we throw this rock into the water, what will the ripple effect be, and where?”

And the final part is building out our IT capability. To me, capability starts with the people because they are the most critical component. But capability also includes the processes and technology required not only for the day-day operations, but program delivery and strategy, planning and future state architecture.

How did you get your start in technology?

I had no plans to go to college. Instead, I went to vocational high school and became an automotive mechanic working for Mercedes Benz. I didn't like getting dirty so I did all the electrical troubleshooting work and really got involved with the car’s electrical systems.

Then I decided to go back to school and get a degree in electrical engineering from Manhattan College. Engineering was one part of the business, but I was always curious about the other parts. What happened after the trucks left the plant?

Next, I got into engineering management for Maxwell House Coffee, and then from there I went over into IT where I was able to get a bird’s eye view of the entire business.

Do you recall any good advice you received early in your career?

I realized I wanted to be a CIO probably 20 years ago. So I spoke with an IT executive recruiter who was well known in the industry, and he gave me what was probably the best advice. He said, "You have the right pedigree, the right companies. You have been a director but you've never been a VP. You've led each IT function, but you've never led them together. And, you've done some global work, but you’ve never really led a global team. So, if you want to be a CIO, those are the three things you need to do."

Did you take his advice? 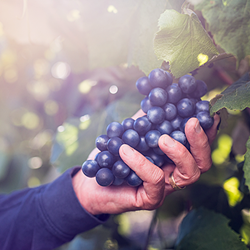 Yes, and that is when I moved to Atlas Copco to be their VP of Information Services North America and Global Business Systems. It was what I call a “Chutes and Ladders” career move. I took a pay cut but I gained the experiences required to follow that recruiter's advice. It was VP-level, and gave me the opportunity to build out an IT organization for North America. Later I developed a global business systems organization and led a team of 100 people all over the world, on almost every continent. I felt it gave me the right credentials to go forward, looking for true CIO opportunities.

What did you see in the CIO profession that attracted you to it?

Where was your first CIO position?

At First Quality, which was a multi-billion family-owned consumer goods manufacturing company in the pulp and paper space. I was there for five years.

Through Heller Search I became the CIO of Cree Lighting in 2015, and was there for six years.

What were some of your accomplishments at Cree?

At the time, Cree's business strategy was to grow one of the divisions and divest the other two. My role, similar to at First Quality, was to develop and implement a transformational agenda to enable the growth of the business while divesting two divisions. While I’m proud of what we accomplished, I’m even more proud of the fact that I helped develop two individuals on my leadership team to become the CIOs of the two divested divisions.

Are there mistakes that you see up and coming IT leaders make?

There is no straight line to the top. You may think you’re at point A, moving vertically to point B, point C, and that after a certain number of years you will make it to CIO. But I think what makes me more valuable as a CIO are the roles I had before moving over into IT: my time spent in engineering, my time responsible for capital programs and my lateral move to Atlas Copco. I bring different skills. To use the Chutes and Ladders metaphor again, sometimes you have to go sideways or down before you can go up to where you want to be. If you assume there's a straight line to the top, you're going to hit a ceiling. Don’t be afraid to go sideways and look at different avenues.

I also advise the people I mentor to own your career as a project, and know where you want to go. Be proactive and look around corners. If I have one metric when I retire, its how many CIOs I've developed. Right now I’m at seven.

That reminds me of a presentation you gave recently, in which you talked about 'paying it forward'.

You have to believe that things happen for a reason. You have to want to leave this earth in better shape than it was. Karma is a big part of my life, and paying it forward is a priority for me. So from a professional perspective, that includes the networking and helping others, which allows me to bring people in to help Welch's.

I still meet regularly with several of the people I have mentored over the years. One of them spent half of his career in consulting so he's great at all commercial aspects as well as large scale complex programs and cross company governance structures. Another is strong on business process and I'm stronger on organizational capabilities and people. So, we consult with each other. "Here's what I got going on this month. How can you help me?"

I think continually asking others for help and then helping others makes us all better. The only thing I'm really smart about is knowing that I'm not the smartest person, and to leverage others.

Do you still find the time to network as proactively now as you did earlier in your career?

I'd say my networking is in a little bit of a lull, and the reason for that is that I'm rebuilding the organization for Welch's. I'm very focused on building our talent and capabilities. My number one priority is to bring in top talent versus doing all the work myself. If we bring in the right talent and they're owning their space, that allows me to spend more time on the bigger, more important things.

In this competitive market for IT resources, how do you attract and retain top IT talent?

There are the table stakes things, like the right reputation of the company and the right compensation package, but we're not going to compete on that. Some industries do. They offer a lot of money but then a year later, you're gone. It is sad to say it, but those companies don't care.

To succeed at attracting and retaining good tech talent, you need to really understand individuals and what they're looking for. It's genuine care for the person, what they're trying to accomplish. Even if you give higher pay, that wears off within three months. It's more about what you're going to do for that person, what opportunities and challenges you're going to offer. I always tell new hires, "I want your resume to be so amazing that every single company in the world wants you. But since you have so many challenges and opportunities for growth here, you never want to leave." I am proud to say that I have greater than a 95 percent retention rate among key people.

What do you think the CIO role will look like in five years?

The CIO position will definitely continue to become more strategic and business focused. I think the reporting relationship will continue to morph towards the CEO and COO, away from CFO. The CIO will be at the center of strategic growth plans of the company, and I think the skill set will be more about business acumen, transformational leadership, value delivery, futuristic foresight and the art of the possible. There are new job titles like Chief Digital Officer and Chief Transformational Officer, but I think it's all about helping to drive the transformation of the business and leveraging new capabilities, whatever those may be. It’s about creating the future by setting a vision and building capabilities to deliver in line with the business strategy and objectives.

My CIO Career: With Kas Naderi of Atlanticus

7 Pointers for Making Your IT Executive Resume More Competitive