In this guest blog, Tom Koulopoulos explains how moving from physical ecosystems to digital ecosystems creates new opportunities for your business. Excerpted from his new book (his 11th), Revealing the Invisible.

Henry Ford’s innovation was not mass production, nor the principle of interchangeable parts. Both had been in use for at least one hundred years prior to the invention of the Tin Lizzie (a.k.a. the Model T). In fact, Ford did not even create the assembly line. Oldsmobile and Cadillac were already using complex interchangeable parts and assembly lines in their manufacturing processes.

Ford’s chief innovation was so simple as to be overlooked even in most history books. He viewed the complex problem of assembling an automobile as an engineer would have contemplated the workings of a complex machine with thousands of moving parts, and he set out to minimize the one universal impediment to the efficiency of any machine: friction.

The single most pressing challenge of the twentieth century was to build an industrial complex that could scale to meet the needs of a burgeoning population in the developed world. Between 1900 and 2000, the increase in world population was three times greater than during the entire previous history of humanity—an increase from 1.5 billion to 6.1 billion inhabitants in just one hundred years.

The third and fourth aspects of the digital ecosystem are arguably the most important and what differentiates it from ecosystems that grow organically and without the benefit of connected intelligence that can observe, learn, and decide.

Ultimately, digital ecosystems provide an alternative to the traditional industrial era value chain on which to scale a business, but that only works if you can plug into that platform. Take Apple’s App Store, for example. If you can work within the digital ecosystem of the App Store, then you have the potential to realize tremendous value, not just initially but through in-app purchases which are nearly frictionless for customers.

Given the increasing complexity of all industries, one of the greatest contributors to economic growth for the remainder of the twenty-first century will be in rebuilding businesses with entirely new frictionless digital platforms that have the ability to use a hyper-personalized model.

However, there’s one wrinkle in the ecosystem f 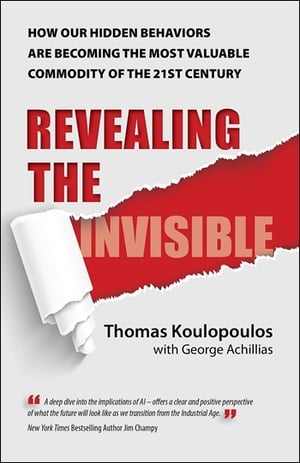 abric. If you notice, I said “rebuild,” not “incrementally improve or reengineer”. That’s because every indication is that the economics and the speed of rebuilding far outweigh those of reengineering. The fundamental reason for this is not, as some would claim, a lack of vision or ambition to innovate. In the same way that an old house with a cracked foundation, worn out plumbing and electrical systems, and wood rot from a leaking roof may take much longer and cost much more to renovate than to rebuild, many of the systems that today shore up these tired old industries are likely to suffer the same fate.

As industries undergo the transformation to digital ecosystems, an entirely new set of opportunities begins to emerge. Not only because friction is reduced and the rate of innovation increased, but also because digital ecosystems provide the opportunity to capture behaviors throughout a product’s lifecycle and build new services uniquely suited to each customer. The result is that moving to a digital ecosystem redefines and significantly expands a company’s potential market space, while simplifying and reducing the effort expended to achieve a particular goal.

As examples, consider Nike, Lego, and Philips. Each took simple physical objects (shoes and apparel in case of Nike, bricks in case of Lego, and light bulbs in case of Philips) as the foundation for the creation of complex multi-layered platforms of very complex digital business ecosystems.

What’s especially important to understand in each of these cases is that the potential market for these companies was historically very compartmentalized. Their ecosystems were limited by their brand, the way in which customers experienced their products, and their partner and distribution channels.

In a digital ecosystem however, you can extend your reach and leverage capabilities across nearly infinite spectrums of opportunity. The business you’re in doesn’t have to carry a label that confines it to a historical set of opportunities for innovation. This is especially true of organizations as they become more data driven and start to use what I call the Five Stages of Digitalization in the book.

If you’re Nike, you’re not in the shoe business; you’re in the sports, personal fitness, and health business. Nike took something basic – a pair of shoes, which are hardly high-tech – and made them the core of a data-driven, experience-led ecosystem dominated by services that allow its customers to experience a better, healthier, more active and engaging life. Similarly, Lego isn’t supplying plastic bricks; it’s in the learning and entertainment business. Philips is not simply providing light bulbs; it’s in the business of creating a home experience.

So, as you look at your organization and its challenges going forward, the two questions to ask are: 1. Have we identified information friction? and 2. What are we doing to create digital ecosystems that will allow us to continue to scale and grow?

In short, learn to manage the invisible and you learn to navigate the future.

Tom Koulopoulos is founder and CEO of Delphi Group and author of Revealing the Invisible and ten other books on business, innovation and technology.