After 10 years as a CIO, and many more playing the drums in a band on the side, Pat Caine has realized that the traits that make him a good drummer also make him a good IT leader.

I am a CIO by day, but on some nights and weekends, I play drums in a local rock band, which is a blast.

I certainly can’t claim to be the best or most talented drummer. Having a brother who is a Grammy-nominated drummer keeps me humble about my limited skills.  But thanks to the talents of my bandmates, we know how to rock, and our crowds love it.

Still, my bandmates and musician friends are always complimenting me on my playing, and telling me how good I am. Honestly? I couldn’t figure this out because I know so many drummers who, like my brother, are way better than me. I know my limitations. I am a meat and potatoes drummer, and I am just fine with that! 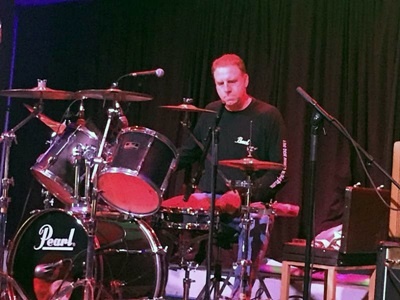 After decades of listening to, and playing, a lot of rock and roll music, I have observed that there are two types of “really good” drummers: 1. the ones that get noticed, and 2. the ones who don’t.

Neil Peart of the band Rush, and Carter Beauford of Dave Mathews Band, are drum masters who definitely get noticed. Their drum solos have become iconic.

The second type of “really good” drummer – the ones that don’t get noticed – enable the band to be great while not drawing attention to themselves. Charlie Watts of The Rolling Stones is probably the most famous of this type of drummer. The Beatles’ Ringo Starr is another. These drummers are comfortable staying in the background providing a very important structure of the song, but without a lot of flash and fanfare. While I am no Ringo or Charlie, I fall into that style category.

When I became a CIO over 10 years ago, I was not expecting to have a long career with this job title. At the time, the average tenure of the CIO was just over two years. As I passed the two-year mark, made it to four, then five, I started asking myself: “Why (and how) have I succeeded as a CIO when so many of my peers were forced to redefine themselves and look for new opportunities? What am I doing right?” I have known some really smart and talented CIOs who are no longer in the role.

Then the parallels with being a drummer hit me! Can you be a “meat and potatoes” CIO and still be considered “really good”?  Definitely!

I came to realize that I have been using the same approach to leading IT that I use as a drummer. Here are a few examples:

Keep the beat / Keep the lights on.
A great rock-and-roll drummer fits in just right with what other band members are doing and doesn’t overshadow them with bad timing or misplaced fills. He is there for them all the time. If your timing is off, the band will give you some seriously dirty looks. At work, the CIO has to achieve high system availability. The business may not notice it, but if something isn’t right, and they can’t get their work done, you’ll get some dirty looks. If you’re being noticed regularly for not providing basic “lights on” services, you may not make it more than two years as CIO.

Stroke your bandmates’ egos / Give your business partners the credit.
You should avoid telling a lead singer what to do or that they sound off key. Ask them how its feeling or if it would help if you did something differently. Stroke their ego a little – they’ve got to have a healthy ego to put themselves out there on the line, while, as the drummer, you’re in the background. Similarly, at work, ask your business partners how they are doing? Did they make their numbers? If they did, congratulate them and say “Thanks.” Give them the credit they deserve. Like a lead singer, they are the ones making things happen on the front line.

Find the right tempo / Communicate and collaborate.
Nothing ticks off a band more than a drummer slowing down or speeding up unexpectedly. If I feel the need to speed things up or slow things down, I’ll first ask my bass player, “Was that too slow? Too fast?” I will see what everyone else is thinking before I change the tempo. Similarly, at work, bring ideas as suggestions and have conversations with your business partners often. Help them shape their ideas.  Don’t make it about you, make it about “us.”

Earn your bandmates’ trust / Earn the invitation to innovate.
If I keep good time, and let the band know I’m always listening, they will trust me. If I offer well placed suggestions on enhancing a song instead of throwing new things in by myself willy-nilly, their trust in me grows. Then I can bring my para-diddles, syncopations, and rolls (that’s some drummer geek-speak) to the table without being looked at funny. At work, when systems are up and available, IT earns the ability and an invitation to collaborate with the business as an equal, and help them innovate. Better still, you can start bringing your ideas to the table on how new technologies can help grow the business.

There are a lot of expectations on an enterprise IT organization and the CIO. Like the meat and potatoes drummer, being good starts with some fundamentals:  surround yourself with a good team, keep the lights on, communicate across all levels of the organization, and collaborate with the business. If you do these well, it builds trust, and when the business trusts IT, you can be the CIO to drive innovation.