The Math Skills Chasm and the IT Talent Pipeline

The majority of American school children are scoring below “proficient” in math. The era of consequence is now upon us, writes CIO magazine Publisher Emeritus, Gary Beach.

There is no mystery enshrouding this statement: from preschoolers to retirees, math is the subject Americans love to hate. Math is so abhorrent to U.S. adults that 75 percent of them steer clear of it after high school and avoid careers that require math skills, even though those jobs pay $5,000 more per year.

Math critics cast aspersions on the relevance of math by posing this rhetorical question: “When was the last time you used algebra or calculus in your job?”. Most never do. Hence, they reason, how essential can math skills really be?

Those questions miss the mark. “Doing math” is not about plotting right angles and memorizing abstract formulas. It’s about honing a person’s ability to think critically, work collaboratively, problem solve and work logically – skills CIOs prioritize in their workplace and seek in their job postings.

Math anxiety starts years before an individual responds to a job posting. Research conducted by Sian Beilock, president of Barnard College, concludes that “as early as first and second grade, many students are either ‘moderately’ or ‘very’ nervous about math”. Yikes! Pamela Burdman, co-founder of Just Equations, a math consultancy, claims that nurturing math values must begin even sooner. “Shaping positive math stereotypes must begin in kindergarten”, she says, “because mathematics is not just an academic subject, it is a key mechanism in the distribution of opportunity in an individual’s life.”

The Data on U.S. Math Skills

Since 1969, the U.S. Department of Education has released a yearly report entitled the National Assessment of Educational Progress. Often referred to as “The Nation’s Report Card”, this document reports math skill attainment for students in fourth, eighth and twelfth grade by four levels: advanced, proficient, basic, and below basic. Consider “advanced” as an A grade, “proficient” as a B, “basic” as a C and “below basic” as a D.

The irony of the National Assessment of Educational Progress is this: there is no math “progress” being made in American classrooms. Only regression.

Consider this: the 2020 NAEP report says 41 percent of fourth graders were “proficient” in math. By eighth grade, however, math proficiency falls to 34 percent and by twelfth grade shrinks even further, to 24 percent. Apply the inverse of those numbers and a daunting headline comes into focus: 59 percent of fourth graders, 66 percent of eighth graders and 76 percent of high school seniors are not proficient in math. That’s an appalling ROI for a country that invests nearly one trillion dollars annually on public education.

But here is even more sobering news. Fear of failing Algebra 1, a high school graduation requirement in 48 states, is the prima facie reason 7,000 individuals quit high school each day of the academic year, a drop-out rate that projects to 1,200,000 young Americans each year.

The nation’s woeful state of math education, exacerbated for decades by historic curriculum failures like “New Math” – which TIME magazine panned as one of the worst ideas of the 20th century – and well-intentioned but misguided federal education programs like “No Child Left Behind” – has created an existential threat every U.S. business, and CIO, must confront in 2022: America’s IT talent pipeline is running dry. Put simply, there are not enough human beings to do the tech work that needs to be done. This is not a skills gap. It is a skills chasm.

CompTIA, an IT industry trade association, estimates there are about 8 million employed tech workers in America. The group also claims 335,000 posted tech positions are unfilled, or “open”. At the current IT unemployment rate of 1.5 percent (compared with 4% in the general economy) means only 120,000 unemployed IT workers are available to fill those 335,000 unfilled positions. Do the math: there’s a talent shortage for 215,000 IT jobs in the U.S., jobs that pay median salaries of $91,500.

Something must be done. In the short term, CIOs might consider these tactical strategies: 1. “up-skill” the digital/math fluency skills of current staff, 2. poach talent from other firms (a zero-sum tactic) and 3. accelerate the shift to “future of work” investment priorities like smart machines, AI-based platforms or robotic processes. Commenting on those “future of work” options, Erik Brynjolfsson, a professor at Stanford University, muses, “It is not exactly certain how humans will fare.” But market researcher IDC forecasts over the next 36 months that global investment in AI, robotics and smart machines will increase from $83 billion in 2022 to $204 billion by 2025. That’s an increase of 246 percent! And it hints at where CIOs are hinging their bets.

What CIOs Can Do About It

Encourage young people to study math: Here is an exercise to help you set the table for further math skills discussions. Over the course of a month, ask a dozen or more K-12 students this question: “What is your favorite subject in school?” How did math fare? For extra credit, get K-3 students to draw a picture of a technology worker. I did this several years ago. Here is a Massachusetts 3rd grader's drawing from that day: 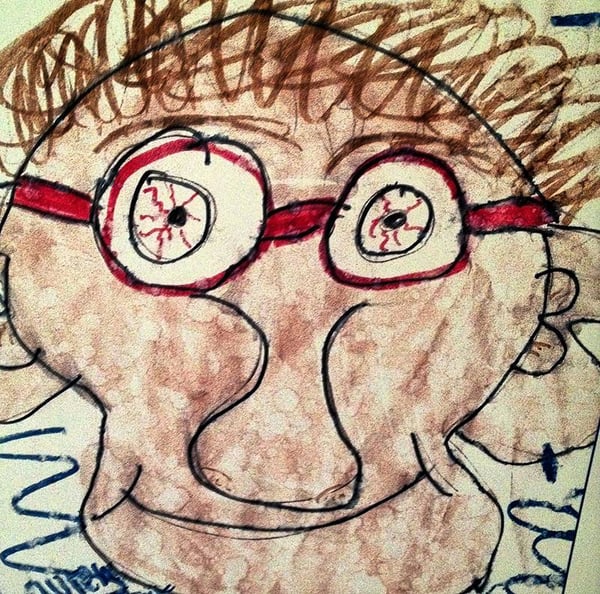 I don't know about you, but I think the IT industry needs a dramatic makeover!

Attend a local school board meeting: The real power to change public education emanates from within local boards of education that govern the nation’s 13,500 school districts. By law, many school board meetings are open to the public. Your mission: attend an upcoming meeting and introduce yourself to the district superintendent and ask that official to introduce you to the math curriculum chair for the district. Your objective is to have a conversation with the math chair about the advantages/disadvantages of “Common Core Math”, a curriculum program which emphasizes practical application of math principles. For reference, here’s a useful link that explains Common Core math expectations for a first-grade student. From that page you are able to move on to expectations for other grades.

Know your state’s proficiency: View this state breakdown of The Nation’s Report Card for math to determine what percent of fourth, eighth and twelfth grade students in your state, or your district if you live in a big city, are “proficient” in math. Include the topic of math “proficiency” on your agenda for the meeting with the district math specialist.

Join a non-profit: Socially engaged CIOs often find value in becoming a member, or joining the board of, a local or national non-profit organization that focuses on building a more diverse, equitable and inclusive IT industry that excels in math and computer science skills. Find one and get involved.

Develop the Skills You Need on the Team: Animals are trained, but human skills are developed. Work with your firm’s CHRO to revamp your corporate human resource development portfolio to incorporate the skills highlighted in the Institute for the Future’s 2020 Future Work Skills report. This report represents the best array of skills needed in the workplace and taught in the classroom. Download the pdf and share it with your local school officials, and HR partners, emphasizing these are the skills you now need in your workforce.

Launch Careers in IT

Leading up to World War II Winston Churchill said, “Eras of procrastination are followed by eras of consequence”. In math education, America’s era of consequence is upon us. In 1964, as the nation, and the tech industry, were focused on landing an astronaut on the moon, 81 percent of patents granted by the U.S. Patent Office were awarded to American citizens while foreigners earned 19 percent of the grants. By 2020, those percentages flipped. Foreigners now receive 53 percent of U.S. patents compared to 47 percent earned by Americans. All of the 2020 patents granted were not dependent on math skills. But many are.

On December 7, 2021 the editorial board of The Wall Street Journal published an op-ed about a math manifesto issued by k12mathmatters, a consortium of over 2,000 business executives and academics, which proclaimed: “Math education should be a launch pad rather than a gatekeeper.”

Now, and in the years ahead, CIOs are uniquely positioned to help build those launch pads for the nation’s 51 million K-12 students interested in careers in science, technology, engineering and math.

Gary Beach is author of The U.S. Technology Skills Gap (Wiley), a columnist for the Wall Street Journal's CIO Journal, and Publisher Emeritus of CIO magazine.