Business Relationship Managers: The secret to IT effectiveness

The Business Relationship Manager role is often the key to achieving alignment between IT and the business. Here, two industry veterans share their advice for getting BRM right.

The role of the business relationship manager (BRM) is not a new one. Indeed, IT management consultant Vaughan Merlyn first came across BRMs 20 years ago. Back then, the BRM position emerged to help align IT with the business – the seemingly perennial thorn that continues to vex many CIOs today. As the business becomes ever more entwined with IT, the BRM role will continue grow in importance.

Merlyn co-founded the BRM Institute four years ago as a resource for BRMs, providing a comprehensive body of knowledge, training and certification, and a home for various communities of interest. Today the institute has 15,000 members and has certified thousands. Companies, says Merlyn, are increasingly seeking to recruit professionals with BRM skills.

One significant challenge, however: good BRMs are hard to find.

The chief reason for the shortage of competent BRMs is the hybrid nature of the role itself. While requisite skills and reporting relationship may vary from organization to organization, the BRM role at its essence serves as a bridge between IT and a specific business function. "The BRM role is not an IT role, and it's not a business role," says Merlyn. "It's both."

Typically, major business functions – finance, sales, HR and the like – will have a BRM who is dedicated to that specific function. "It is the BRM's job to essentially be the mini CIO for that function," says Ray Pawlicki, a retired CIO who led IT for Novartis and Biogen, and is currently a board member at Harvard Pilgrim Healthcare and UMass Memorial Healthcare. As such, the BRM represents IT to that function.

As for day-to-day responsibilities, Merlyn describes the BRM as a translator and orchestrator. Working with the business, the BRM communicates needs, project requirements and objectives over to IT. Suppose there is a sales project that requires specific IT resources. It is the job of the BRM to know which resources –enterprise architects, project managers, business analysts and so forth – to pull in, and when.

From the IT side, the BRM in effect orchestrates those required resources, and ultimately is the IT staffer accountable for project delivery. The BRM is also responsible for ensuring that each project delivers on its promised value – a prospect that essentially defines the kind of IT/business alignment that has been so elusive for many organizations. For this reason, Merlyn asserts it is the BRM who is the key to achieving alignment – and hence the most effective BRMs are those "who are obsessed with, and have a relentless pursuit of, value."

That focus on value requires a variety of skills – certainly some from the realm of business analysis and process modeling are important – and a BRM should possess deep knowledge of both IT and the particular business function. 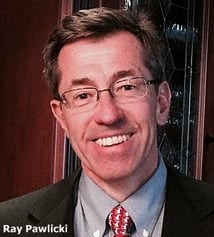 Most critical is the ability to communicate effectively to both the business and IT camps – and do so at the manager, executive and even board level. This requires executive presence and more than a modicum of self-confidence. As Pawlicki explains it, “The best BRMs have skill sets on par with experienced consultants from a big firm.”

Pawlicki, who has worked with many BRMs during his years as a CIO, says that the ability to push back appropriately is a key attribute. A BRM is charged with driving IT-related decisions through the function, and this often requires explaining to executives why new technologies or projects should or shouldn’t be implemented. For example, there may be times when a CFO is adamant about pursuing an IT project when the project itself runs counter to the overall IT strategy. It is up to the BRM to take the time and have what could be a frank and difficult conversation. In effect, they shape demand for functional IT projects within the context of an organization's overall IT strategy.

It's Pawlicki's belief that the success or failure of the BRM role falls firmly on a CIO's shoulders. For starters, a CIO must be comfortable with the mini-CIO concept. While the role is driven by the IT side, it is the business that drives what that BRM does day to day. This means the CIO must cede a certain amount of decision-making to the BRMs. Rather than centralized authority and siloed projects, a CIO must create and lead a diverse team, both empowering individual BRMs while at the same time keeping all resources moving in the same direction. "The key skill of a CIO in this environment is to be very much committed to having a business-driven IT agenda," Pawlicki says.

CIOs must continually validate that the BRM role is delivering value – that the IT projects and initiatives are achieving their stated objectives. This can be done through annual surveys, but don't overlook gathering formal metrics associated with specific projects.

Finally, the CIO must continually reinforce the role of the BRM to the business by clearly articulating the IT operating model and how the BRM fits into that model. In short, the CIO must both empower the BRMs and reinforce their credibility among the various business functions with which they work.

Finding the right mix of business and IT talent is a tough task. For years, Merlyn has seen more than his fair share of companies try – and fail – to install BRMs. Among the top reasons for the failures:

Yet the value of a BRM is significant. "Time and time again throughout my career, I can directly correlate the success of IT with the quality and success of the BRM," says Pawlicki.

It's just this kind of testimonial that makes it worth the effort to get the BRM role right.

Topics: IT and business alignment, Hiring IT leaders, Leadership Development, IT jobs and careers, Talent management