How I Landed My CIO Job: Our interview with Marc Carlson, who was promoted to CIO at Land O’Lakes, Inc. in August 2018

Steve Rovniak: Where were you in your career prior to your CIO position at Land O’Lakes?

Marc Carlson: I was at Land O'Lakes in IT for five years prior to getting this CIO role. Before Land O'Lakes, I was at Boston Scientific for about 10 years in various IT roles

When I joined Land O'Lakes as a Business Relationship Manager (BRM) five years ago, I also had an offer for a CIO job at a smaller company. I turned that down for work-life balance reasons. I have five kids, and that CIO job would have required a ton of international travel. Land O'Lakes offered more stability, and less travel, and quite importantly, the opportunity to be in the CIO succession plan.

So in the end, it turned out to be the right decision from every aspect. The amount of travel I was required to do while my kids were still young was limited, and I ended up getting the type of CIO position I'd always pictured for myself, at a company many times larger than the CIO job I turned down five years back.

Was it difficult to turn down the CIO offer at the smaller company?

Yeah, a little. I remember thinking, “Okay, I'm not getting any younger, maybe this is the time to get my first CIO job.” So there were a few sleepless night, but like I said, it turned out to be the right decision.

What was your role at Land O’Lakes before you were appointed CIO?

My last title was VP of Transformation. I worked across all of our business units to figure out, from an IT standpoint, how we could provide more business value. It spanned all projects, the entire IT strategy and budget, and really it was about getting as tightly aligned with the business as we could, given our structure and some of the limitations we faced.

Were you the first on the succession plan, or was there a selection process?

When our previous CIO departed Land O’Lakes and Teddy Bekele took the Chief Technology Officer job, I was offered the CIO position. I report to Teddy, who reports directly to our President and CEO, Beth Ford.

Did you expect to get tapped for the CIO role at that time?

I wasn’t certain but I had some confidence about it. By then, I'd taken over the leadership of IT for all of our business units as well as our corporate functions. I was managing a lot of the CIO responsibilities already, so having me take the CIO role seemed to make sense for the business, and I had support from the business unit executives.

What were the first few days and weeks like once you were officially CIO?

The most important thing that we had to do, in my mind, was reorganize, ensure we were not taking a “project-centric view of the world” and move to a business unit-focused, product-centric world.

And in many ways, it really came down to IT, and especially our BRMs, deepening their insights and experiences within the businesses of Land O’Lakes. For example, in Purina Animal Nutrition, our animal feed business, we would continue to leverage the business knowledge that IT resources develop rather than move them to a different area. This prevents the feeling among our businesses that they are getting “another new IT person” who may not know their business or unique needs.

So to get more closely aligned with the business and closer to our customers, and to be able to move faster, the number one thing we needed to do was reorganize to become business-focused and business value-focused versus IT project-based.

It sounds like your BRM teams are crucial in the new operating model.

Absolutely. I originally joined Land O’Lakes as a BRM for two functions, Dairy Foods and our corporate functions. I had one portfolio manager and a couple of project managers.

My end measurement and goal is that I want these people to understand the technology, understand the processes, and work well with the people we serve across Land O’Lakes. If you look at this whole digital transformation concept, I don't think it's anything new; it's the combination of all these factors, only now the business is extremely focused on them, too.

Technology is helping them drive new models, new businesses, and new products. Without this alignment and having people that have been working in that space, you're falling behind. You can't meet expectations. You really need deep business knowledge and technical knowledge to pull this stuff off.

What else changed in the organization?

We transitioned our siloed support to a support structure that is owned by the product-based teams. They don’t do break-fix support, but they are responsible for all customer and front line support. We want that BRM team or product team to really control and manage support in an agile way so we can react faster.

When were these changes implemented?

I became CIO in August 2018 and the organizational changes started rolling out in January 2019. We’re going take a very agile approach, iterate, and employ a test-and-learn approach for about 18 months. We will try some of these things out, learn, and see what parts fit or don’t fit.

What else have you been focusing on?

Ensuring we have a strong integration strategy and a plan for data and analytics, so that I can give any of our executives 10 slides or an elevator pitch about where we're going. It allows us to have something that people can see and buy into.

I think these become a very clear way for the organization to see how we're moving forward. And to be honest, it helps us show our talent the exciting technology they will be given the opportunity to work with and support. “Do you want to be part of moving off this old technology and onto MuleSoft? Then this is your place because here's the plan over the next couple of years. You want to help expose APIs outside of Land O'Lakes? Well, we're going to be doing that.”

What is next with these roadmaps?

We've done some work with an advisory firm to validate them. And we're also thinking about the available talent market. What are other companies in the Twin Cities doing that are bringing necessary skills to the area? You don’t want to get the coolest new technology only to find there is nobody around who can work with it. We're trying to be smart with that.

Our next step is to find data and metrics around the talent within the Twin Cities. Once we've validated the available talent pool, even in some cases through our offshore and consulting resources, then I have a great story to bring to the executive leadership team. I can say, "These roadmaps aren’t just about cool technology. We understand the people side of this also."

What does digital transformation mean at Land O’Lakes?

When it’s comes to “digital transformation,” it's definitely the most confused term out there. But I think to Land O'Lakes, it really comes down to the merging of three old concepts – people, process and technology – to drive customer value in the future. It's about looking at them differently because none of these are separate anymore. To get to market faster and deliver on our promises to our member-owners, all three need to be being aligned. And I'd say there's a fourth one that doesn’t get talked about enough, which is data, because data, to me, is driving all of this. You must have your data in a good condition to allow you to do these other things.

What can you share about what the company is doing with RPA (robotic process automation)?

The initial RPA was in Finance and we have a number of them in the Finance area now. The next area we're going into with RPA is HR. But I think it's one of those areas that, again, really highlights the need for good data and data processes.

RPA, to my mind, is fairly immature in the sense that you really need to monitor it carefully, test and retest, and make sure that this thing is working the way you want it to. And if it doesn't work right, you learn and you modify. When you get into the AI world, it’s learning and modifying itself, with what I hope will be less user or IT intervention. Right now, it's a little more hands-on from an IT standpoint, but it’s early days.

How do you know when your IT organization is succeeding?

When I have the business requesting people to interview for business roles. When new roles come up in a business unit that, previously, IT people have not been candidates for, that's when we've kind of made it. When our people are seen no differently than those in the business units. The flip side of that, if we're truly getting to this digital transformation, is that we're going to have people flowing in both directions – from IT to business, and business to IT.

What advice do you have for an IT executive who is thinking about entering the job market?

The CIO job is a fairly lonely one, so build a network with other CIOs. Learn what they're doing. We have shared pain, and we go through very similar things. Have that network ready and continue to cultivate it over time. Far too many people have a network, but after they get in a job and start doing their work, they kind of lose it. Then they try to fire it back up when they need it suddenly, but by then it's too late.

One of the other CIOs featured in this series, Jamie Head from Ocean Spray, is now a contact of mine. Establish those relationships. Learn from them.

Lastly, I recommend establishing a sort of personal board of directors – three-to-five trusted people you can go to for career advice, and to help with difficult decisions. They don’t have to be in your same area or industry. I relied on mine five years ago when I was choosing between the CIO job at a smaller company and coming to Land O'Lakes to start as a BRM with a slot on the CIO succession plan. They were the ones who helped me finally make the right decision.

Marc Carlson is Chief Information Officer of Land O’Lakes, Inc.. Previously, he had been Vice President of Information Technology at the company for five years. Before joining Land O'Lakes, he was Global Director of IS at Boston Scientific. Carlson has a BBA in MIS from Iowa State University Ivy College of Business, and an MBA from University of Minnesota  Carlson School of Management. 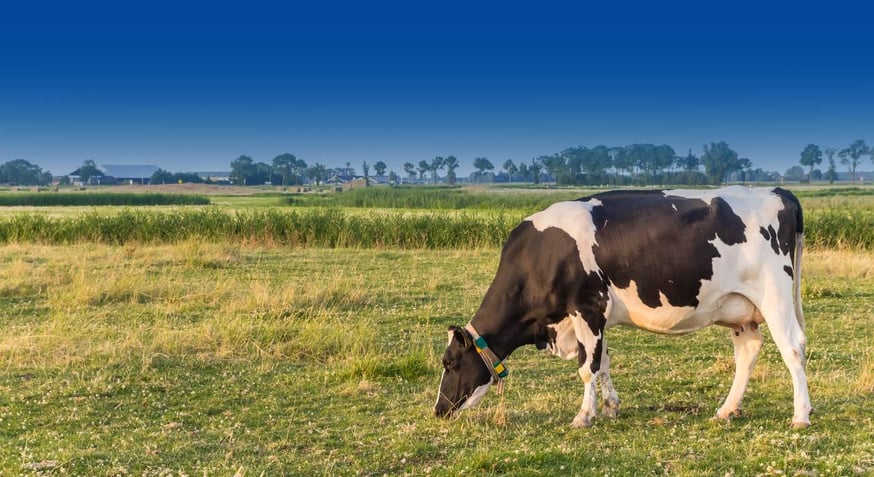 Topics: IT and business alignment, Leadership Development, global IT, IT transformation, IT jobs and careers, business relationship management, Job interview, Talent management, How I Landed My CIO Job